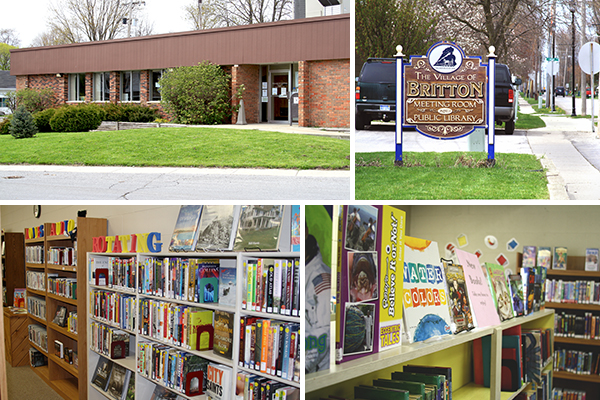 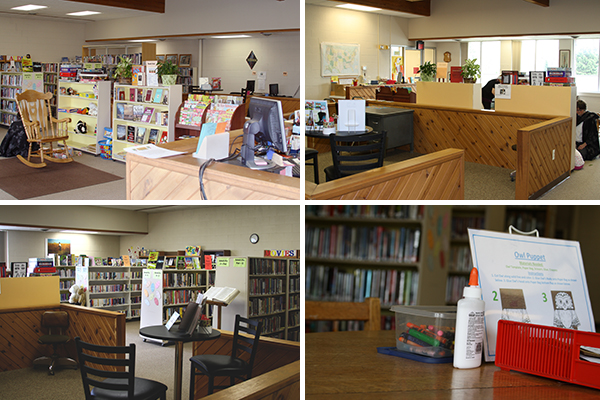 Reading has always been fundamental in small communities, especially in rural areas. In 1945 the citizens of Britton realized how necessary having a common area for reading was. Due in large part to the Britton Kiwanis Club and Mrs. W.T. Claxton, the Britton Library was opened.

The library was originally located on the second floor of the township / village fire hall. Once a new fire house was built, the library migrated to the first floor, allowing more room for programs and better space for the growing collection of reading materials.

Britton’s first librarian was Mrs. Kuster who served from 1945 –1950. Mrs. Bryan was next in line until 1954, followed by Mrs. Fairbanks who took over until December of 1959. Mrs. Preston was appointed librarian around 1960. Since then librarians have included Zeddie Preston, Melva Kanous, Donna Price, and Margaret Hans. Margaret retired in April of 2015 when the current librarian, Laura Binns assumed the position.

Following the establishment of the Lenawee District (County) Library in 1935, the Britton Library became one of its branches, which helped to increase material circulation as well as provide different and new books to its patrons.

The Britton Library has continued to flourish through the years and offers a number of programs for families as well as individuals, including a Summer Reading Program each year. Some other activities include Treats on Friday's, yearly participation in the bookmark contest and Summer Reading Program, and monthly movie nights during the school years.