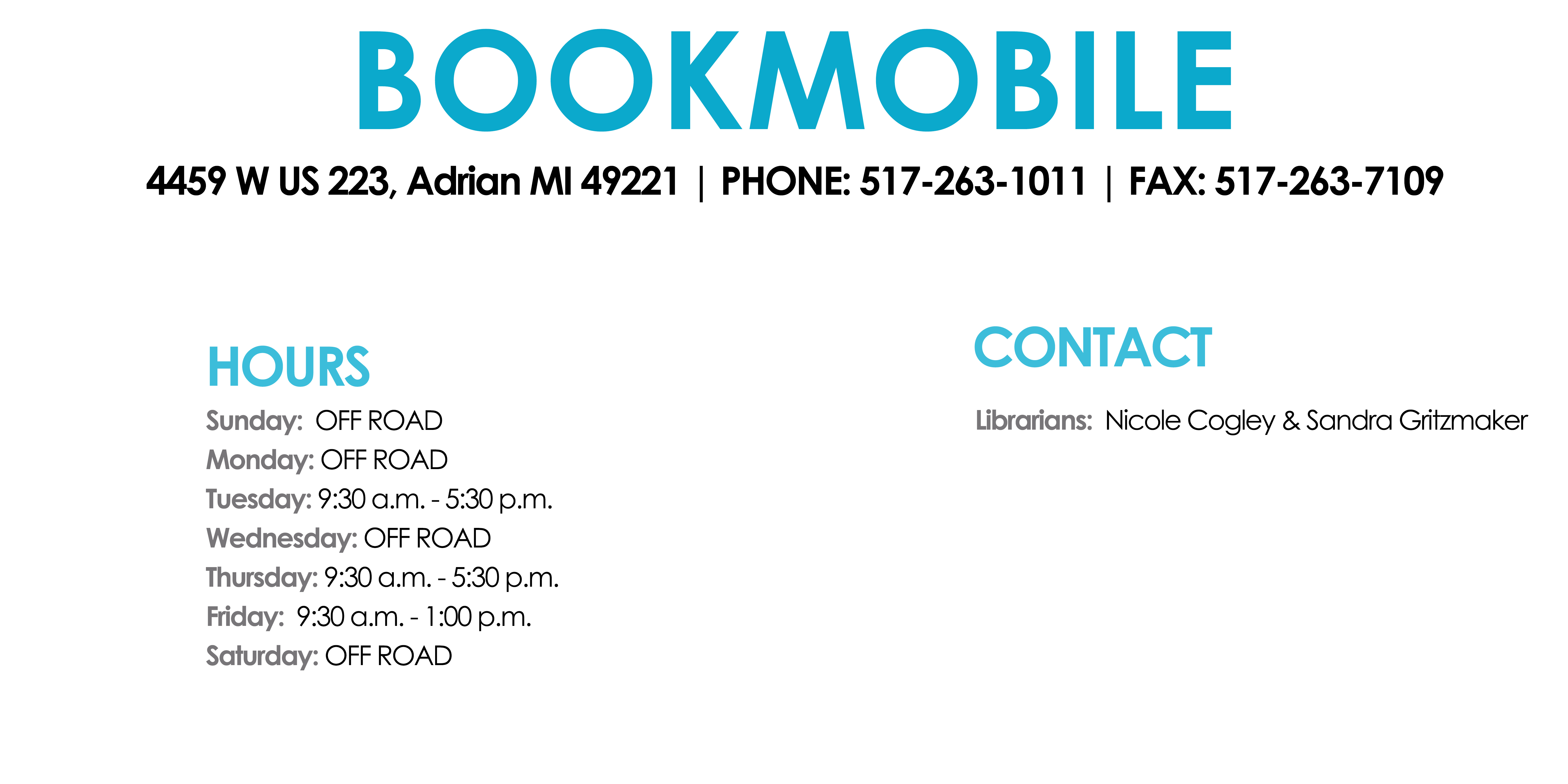 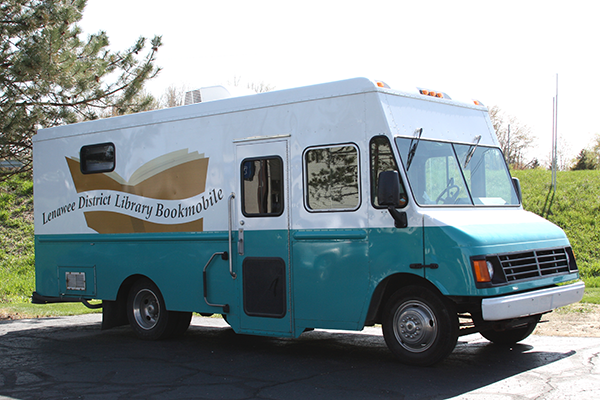 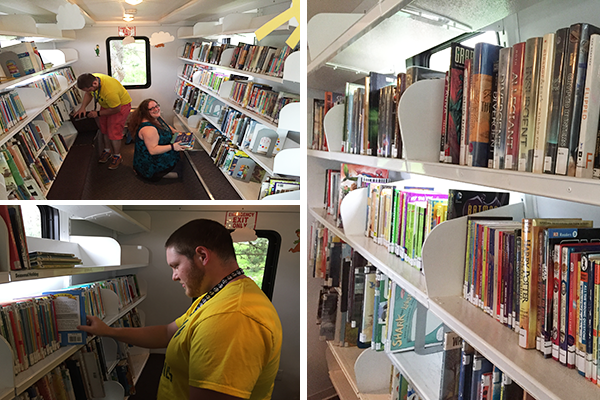 In 1949 the Lenawee District (County) Library took itself on the road via its first bookmobile, which was originally a paneled truck. It was later adapted to transport library materials. It wasn’t until 1954 that the library obtained its first “official” bookmobile.

The library has had seven (including the current) bookmobiles over the years. The fourth bookmobile, which started its operation in 1978, was named “Gertie” and was the first to have air conditioning. It also had a movie screen, which was incredibly useful in the summers when filmstrips were shown to the locations the bookmobile visited. This was also the year that the Bookmobile held the first Bookmark Contest; later, the branches and Headquarters would participate as well.

For the last 64 years it has continued to be an important extension of the library in and around Lenawee County. It is one of only eighteen bookmobiles still in operation within Michigan.

The bookmobile offers its services to a handful of institutions including daycares, headstart and preschool classrooms and four assisted living homes: The Coleman Foundation, Montgomery Manor, Lynwood Manor and Charlotte Stephenson Manor. By including these locations, avid readers are able to acquire materials that may otherwise be inaccessible to them.

At locations where the audience is younger (daycares and headstarts), the librarians interact with the kids on a literary level through page-turning storytelling.

In 2004 the bookmobile was close to being sidelined due to its deteriorating physical condition. With an end in sight, but no desire to lose the service, the library rallied with the community and in 2006 was able to purchase the current bookmobile (thanks in large to many generous donations). The vehicle can hold 1800-2500 books.

Through the years, the library-on-wheels has been a steadfast within Lenawee County and the surrounding areas. Many patrons, as they lead their children and grandchildren up the stairs, recall being small themselves and taking part in the many activities the bookmobile provided.

The current bookmobile librarians are Nicole Cogley and Sandra Gritzmaker.

The Lenawee District Library bookmobile is on the road from March through November and is always looked forward to by those that it visits.